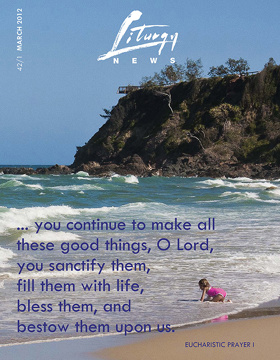 You can download a ‘De-Baptism Certificate’ from the internet. I suppose you’d fill in the details and sign it and … what? Frame it, perhaps, and send a copy to the church where you were baptised. Or make it public to your facebook friends. It seems there is quite a demand for this service, though often enough it is probably a bit of a joke.

The wording on the certificates varies. Some are more strident than others. Generally they will announce that the person, having been subjected to the rite of baptism before the age of consent, now after due consideration, revokes any implications of the rite and renounces the church that carried it out. Some reject aspects of the faith, some repudiate any culpability associated with the Church and its history, and most are keen that their baptism is not counted in statistics of church membership.

An allied action is possible in countries where a percentage of income tax is assigned to registered churches. Across Europe, in the Netherlands and Belgium, Germany and Austria, people are opting out of state church taxes. In this case they generally cannot have access to a church wedding or funeral. Many of these people may not necessarily want to reject their faith or their baptism, but do wish to put some distance between themselves and the institutional Church.

More troubling is the case of a Frenchman who, last October, successfully mounted a lawsuit to have his name permanently deleted from the church records. I find this problematic because, whether one likes it or not, a baptism in infancy is an actual event and an historical fact. The past cannot be changed or undone even by a court of law.

Certainly a note can be placed beside the entry in the baptismal register recognising that someone formally wishes to set aside their baptism and its implications. The Code of Canon Law once made reference to a formal act of defection from the Church but several of these phrases were removed by Pope Benedict in 1999 leaving only mention in several places of ‘notoriously’ or ‘publically’ abandoning the faith. The Pontifical Council for Legislative Texts in 2006 had defined such a formal act of defection as an internal decision to leave the Catholic Church, realised and manifested in an external way, and received by the competent ecclesiastical authority. Such an act is more than the removal of one’s name from a government registry of church membership.

Overall, however, I admit that I think the de-baptism certificate is an intriguing idea. I do not like it that people are rejecting their baptism; I am sorry, not for institutional reasons, but rather that they have not found the Gospel of Christ life-giving and salutary. But at least signing a public de-baptism certificate says that the person has taken a stand. Though we are mostly baptised before we know it, that is not the end of the matter. Throughout our life, decade after decade, we continually redefine our attitude to what has been done for us. Where do we stand in relation to our baptism, our faith, our belonging to the church? If the response at some point is negative, is this not better than just drifting, living as though baptism is irrelevant and our faith impotent?

Infant baptism has had a long history. In some periods children were baptised into a stable society impregnated with Christian values. Believing and belonging could be taken for granted. The tide of Catholics retreating from the Church in Europe demonstrates that this is no longer the case. The liturgical rite makes it clear that baptising infants addresses those who cannot have or profess personal faith, but is rather a baptism in the faith of the Church. It recognises the primacy of God’s grace – given without any human merit whatever – to which the person is called to respond.

The Church believes that its most basic and necessary duty is to inspire all to that true and living faith by which they hold fast to Christ and enter into or confirm their commitment to the New Covenant (CI 3).

Faith however is a free response to the grace of God. A response given freely may also be freely withdrawn. The choice of de-baptism which some may make challenges us to realise the affirmation that baptism demands. Being with the parish community for Sunday Mass is a baptismal choice. Taking part in the ministry of the Church and living a Gospel life all week is a baptismal choice. Renewing our baptismal promises each year at Easter as we celebrate the death and resurrection of Christ is an annual opportunity for us to say, Yes, I am glad I was baptised! I want to belong to the communion of disciples of Christ. I would have it no other way because the Gospel brings me life in all its fullness.

Perhaps this Easter we could compose our own: C E R T I F I C A T E After due consideration, I affirm….

What would you write?