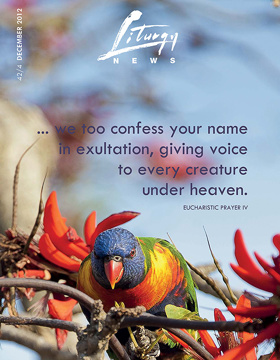 WHO IS OUR NEIGHBOUR?

Australia is a European country in Asia.  We are assailed by the Western media.  Yet the Australian Church has a lot to learn from the lived experience of the Church in Asia.  This came home to me forcefully when reading reports of the recent Bishops’ Synod on the New Evangelisation.

The dominant view from the West is well represented by Cardinal Donald Wuerl, Synod Relator General, one of whose tasks was to summarise the presentations the bishops gave during the first part of the Synod.  His focus was already established by the title ‘New Evangelisation for the Transmission of the Faith’.  He acknowledged that this is God’s work in Christ and that the Church continues Christ’s evangelising mission in the world.  He placed particular emphasis on the perennial work of announcing and proclaiming this saving truth through the Church’s catechetical and educational activity.  The context for teaching the faith is the pervasive process of secularisation and indifference to religion in which many people have discontinued the practice of the faith.  The bishops lamented that so many have a greatly diminished knowledge of the content of the faith and a consequent lack of appreciation for the Gospel message.  The pastoral responses he discerned from the bishops’ interventions included a renewal of a personal encounter with Christ by participation in the sacraments, notably Penance and Eucharist, and engagement in the works of social justice and charity.  The Church’s teaching authority, represented by the Catechism of the Catholic Church, needs to find expression in instruction of the young and their education in faith in the setting of families, parishes and small Christian communities.

While all of this is fine and good, I found little that was fresh or invigorating.  Yes, some bishops, no doubt thinking of the Second Vatican Council half a century ago, called for a new Pentecost.  But instead we so often encounter an embattled, centralised and authoritarian institution.

What did astound and excite me was the intervention of one of our Asian neighbours, Luis Antonio Gokim Tagle, the 55-year-old Archbishop of Manila who was named cardinal on 24 November.  The Church must discover the power of silence. Confronted with the sorrows, doubts and uncertainties of people she cannot pretend to give easy solutions. In Jesus, silence becomes the way of attentive listening, compassion and prayer. It is the way to truth.  As I said in my editorial a year ago, evangelisation is about finding a common language with which to enter into dialogue.  Partners in a dialogue listen to one another and search together.  Such a subtle flexible approach leaves ample scope for the mysterious work of conversion which only the Holy Spirit can bestow.  It is not about talking louder.  This is the line adopted by Cardinal Tagle.

The Church must learn humility from Jesus, he said.  God’s power and might appears in the self-emptying of the Son, in the love that is crucified but truly saves because it is emptied of self for the sake of others.  The Church is called to follow Jesus’ respect for every human person.  He defended the dignity of all people, in particular those neglected and despised by the world.  Loving his enemies, he affirmed their dignity.

Tagle cited the example of a young girl who asked if the youth were lost or whether the Church has lost them.  He discerned in her question a longing for a Church where she can be found by Jesus and where she can find him. The seemingly indifferent and aimless societies of our time are earnestly looking for God, he said. The Church’s humility, respectfulness and silence might reveal more clearly the face of God in Jesus.  The world takes delight in a simple witness to Jesus – meek and humble of heart.

Another Filipino archbishop, Socrates Villegas, also pleaded for humility.  He asked why there is a strong wave of secularisation, a storm of antipathy or plain cold indifference towards the Church. He suggested, evangelisation has been hurt and continues to be impeded by the arrogance of its messengers.  Bangladeshi bishop, Gervas Rozario, stressed evangelical poverty [which] is something that the Church is called to live and preach, especially in Asia.  As true believers in Jesus Christ, we must learn not only to renounce worldly goods, and also appreciate the simplicity and humility of the poor, their happiness with whatever little they have and their concern for others.  Church leaders must also open their hearts to be evangelised by the evangelical values of the poor.

Interviewed on Vatican Radio after his nomination as cardinal, Archbishop Luis Tagle elaborated on his ideas.  The Church of Asia is often a minority Church, like John the Baptist crying in the wilderness… I realised that the sufferings of people and the difficult questions they ask are an invitation to be, first, in solidarity with them, not to pretend we have all the solutions and all the answers…  I believe the Church should contribute in the public square, but we in Asia are very particular about the mode… you may be saying the right things but people will not listen to you if the manner by which you communicate reminds them of a triumphalistic, know-it-all institution… I know that in some parts of Asia the relative silence, calmness of the Church is interpreted as timidity, but I say no, it makes the Church more credible.

Liturgy well-celebrated and the word well-preached offer us just such an opportunity for evangelisation.  Whether it be a Christmas or Easter Mass, a baptism, wedding or funeral, the liturgy invites people to share the hospitality of the Christian family, to sit together in silence contemplating the mystery of life and death, to encounter Christ and the loving service of the Cross, to find a way forward in hearing the Gospel, to be raised up to a new hope.

Cardinal Tagle’s vision can reshape our approach and practice of the liturgy.  We have something to learn.  How could our national liturgy bodies establish relationships with organisations such as the Paul VI Institute of Liturgy in Malaybalay Philippines or the annual Asian Liturgy Forum of South-East Asia?  How might the Australian Church breathe the same air as these, our neighbours in Asia?  They the Good Samaritan; we the beaten pilgrim.