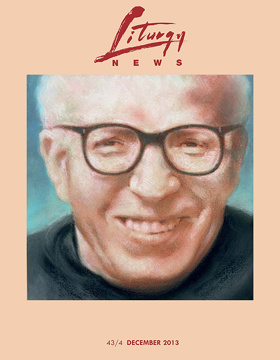 ALL SWANS ARE WHITE.  The truth of this statement was held with conviction by the whole of Europe for 1500 years.  In 82 AD the Roman satirical poet Juvenal used the metaphor of a black swan for a prodigy so rare it did not exist.  In his outrageous Satire VI Against Women, he speaks of a perfect wife as a rare bird on this earth, most like a black swan.  As with a number of his maxims, this became a proverb in several European languages.

On 5 July 1636 off the coast of Western Australia, Dutch mariner Antonie Caen saw two stately black birds as large as swans with orange yellow bills.  No one believed he had seen the mythical creature in a strange land.  Decades passed.  Then on 7 January 1697, another Dutchman Willem de Vlamingh recorded that he had captured two black swans.  The ship’s artist drew seven of them with the boat on the Swan River and they returned to Batavia with three live specimens.  Still it took a while for the consequences to permeate the European mind.

In the last decade or so, Nassim Nicholas Taleb, philosopher of randomness, probability and uncertainty, coined the term ‘Black Swan Theory’ to account for the ‘impact of the highly improbable’.  It allows those who are interested to delve into trend analysis and the statistical science of large, rare and unpredictable events, not only in finance but in history, science and technology.  Taleb is concerned to help people interpret and integrate these black swan events.

Jesus Christ can be understood as the ultimate black swan event.  The incarnation confronts all our preconceived ideas about God.  It is utterly beyond human expectation or experience, it carries extreme impact, and leads to a reinterpretation of everything we have thought we understood –  a new idea of God is revealed and a new relationship is established in Christ.  Theology, sacraments, liturgy are all responses to this unique intervention of God in our world.

In the contemporary Church, the election of Pope Francis could also be seen as a black swan event.  His priorities and style of leadership have kicked off a whole new ball game.  One of the key elements in the integration of this event is a re-evaluation of the relationship between local and universal Church.  The Pope is opening up new possibilities for collegiality and local responsibility.  Rethinking the structure and role of the Curia is a priority. As financiers engage in risk management in the face of an unstructured random event, some churchmen would be doing likewise as they contemplate what might be coming next.

For the liturgy, one of my hopes in responding to this black swan event is that we will be able to reopen the question of inculturation.  This began with great, if somewhat naive, enthusiasm fifty years ago.  Rather than balance, nuance and enrich these efforts, the Church has taken fright and drawn back, insisting on nothing more or less than a complete and integral vernacular version of the Latin liturgical books.  However the books themselves envisage more than this when they set out the scope for liturgical adaptation by bishops conferences and accommodation to pastoral need by the presider.  Each conference of bishops, says the Rite of Marriage, may draw up its own marriage rite suited to the usages of the place and people and approved by the Apostolic See…  Quoting the Second Vatican Council, the Rite says, As for the marriage customs of nations that are now receiving the gospel for the first time, whatever is good and is not indissolubly bound up with superstition and error should be sympathetically considered and, if possible, preserved intact (RM 16 and SC 37).

The black swan rears its majestic head again.  I am not now thinking of its discovery as an event which turned European thinking upside down, but the bird itself, native of Australia, a potent symbol of who and where we are.  The unique place in which we live gives us our own perspective on the world and our own experience of life which comes into play in the liturgy.  No less than the kookaburra, koala or kangaroo, the black swan assures us that there is something unique in our experience of a common humanity.  We saw that from the beginning.  Who needs the monarch of the British Empire when we have a black swan?  In 1854 when Western Australia printed its first postage stamp, they did not use Queen Victoria’s head as everyone else did; they depicted the black swan and continued to do so for sixty years.

Of course we rejoice in the communion of the Church around the world.  Rome is the symbol of our unity.  This is a guarantee that we are joined to Christ and remain orthodox in faith.  But it does not necessitate uniformity.  The reorganisation of Church structures in favour of collegiality seems to open up a rebalancing of legitimate variations and adaptations to different groups, regions, and peoples… with the preservation of the substantial unity of the Roman Rite (SC 38).  Even in the liturgy the Church has no wish to impose a rigid uniformity in matters that do not affect the faith or the good of the whole community; rather the Church respects and fosters the genius and talents of the various races and peoples (SC 37).  These are tasks the Council has given to local bishops conferences.

We can speak of a ‘bevy of swans’, a ‘bank of swans’ or (believe it or not) a ‘whiteness of swans’.  It is wonderful therefore to assert that Australia’s black swan does not compromise the substantial unity of the whiteness of swans.