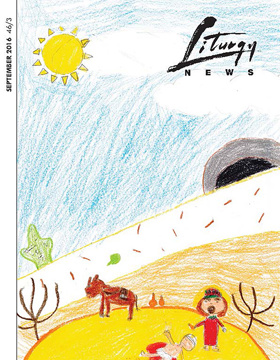 After two years’ consultation and vigorous discussion in the two Synods on family life, I think Pope Francis nailed it in his Apostolic Exhortation Amoris Laetitia – nailed it especially in chapter eight where he talks about accompanying, discerning and integrating weakness. He shows how a pastoral response of mercy accompanies people in irregular situations, seeing what is good and heroic there, and discerning a way forward which may not necessarily correspond to the ideal. The variety of circumstances in which people find themselves cannot be pigeonholed or made to fit rigid classifications.

If we consider the immense variety of concrete situations such as those I have mentioned, it is  understandable that neither the Synod nor this Exhortation could be expected to provide a new set of general rules, canonical in nature and applicable to all cases. What is possible is simply a renewed encouragement to undertake a responsible personal and pastoral discernment of particular cases, one which would recognise that, since ‘the degree of responsibility is not equal in all cases’, the consequences or effects of a rule need not necessarily always be the same (AL 298).

Pope Francis points out that it is true that general rules set forth a good which can never be  disregarded or neglected, but in their formulation they cannot provide absolutely for all particular situations. The principle will be found to fail, according as we descend further into detail (AL 304).

There have been fierce critics of this logic of pastoral mercy. Recently a theological critique of Amoris Laetitia was sent to every member of the College of Cardinals by 45 scholars who lamented the fact that its vague and ambiguous statements have caused grief and confusion to many Catholics and constitute a grave danger to Catholic faith and morals. The signatories ask the pope to nail down nineteen propositions which they consider heretical or erroneous. They argue that the lack of precision contradicts Church teachings or justifies abandoning them. Black-and-white clarity is the most important value in Church discourse.

The same kind of personality is operative in the liturgy. There are some who would see every detail of the liturgy nailed down in a rubric or an authorised interpretation of a rubric. Is this allowed? is a common question. The answer, according to the rubricist, needs to be carefully conjugated from liturgical and legislative documents or, where these do not exist, from ancient textbooks such as Fortescue and O’Connell’s Ceremonies of the Roman Rite Described. This has been a disappointing development in recent decades.

The Second Vatican Council sidelined this approach with a more pastoral and theological direction, urging liturgists and worshipping communities to understand the dynamic purpose of the rite, its structure and movement, so that the liturgy can become an eloquent expression of spiritual realities. This new approach has been widely ridiculed on conservative blogsites under the banner of The Spirit of Vatican II which is said to justify any kind of nonsense. But that is not the case.

In the General Instruction of the Roman Missal, for example, the first statement made about the Introductory Rites is that their purpose is to ensure that the faithful, who come together as one, establish communion and dispose themselves properly to listen to the Word of God and to celebrate the Eucharist worthily (GIRM 46). Whatever else is said about the elements which make up these introductory rites or in the rubrics given in the Order of Mass, they are subordinate to this purpose. When the Entrance Chant is first mentioned we read: Its purpose is to open the celebration, foster the unity of those who have been gathered, introduce their thoughts to the mystery of the liturgical time or festivity, and accompany the procession of the priest and ministers (GIRM 47). This is how a decision is made about what to sing at this moment in the liturgy. The question is no longer Is this allowed and by what rule? but rather Will this accomplish its purpose?

Such an approach requires people who prepare the liturgy to be better educated in liturgy and to have gifts of discernment. What kind of assembly is this? What resources do we have? How can we celebrate well? How can we achieve the purpose of the rite? This is much more than rubrical choreography. We can copy here for the liturgy what Pope Francis wrote about human relationships: It is true that general rules set forth a good which can never be disregarded or neglected, but in their formulation they cannot provide absolutely for all particular situations. The principle will be found to fail, according as we descend further into detail.

The rubrics of the Roman Missal must be read and implemented differently in a Roman Basilica, an Australian suburban parish church, or a tiny country church with a handful of participants. One size does not fit all.

Then, if we take a step back and realise that the liturgy is not primarily something that we do, but rather our immersion into the profound mystery of what God is doing in our midst, we again realise how superficial is a focus on precise rubrics which specify our movements and gestures. Do we imagine that we can, in this way, nail down the mystery of Jesus’ death and resurrection in a few prescriptive actions? I am genuinely shocked that people sometimes approach the priest after Mass, apparently unaware of the inexhaustible mystery of salvation experienced in the liturgical assembly, and can only whine, You didn’t stand on the step or You didn’t genuflect or You changed this word…

Perhaps the most ambiguous and open moments in the liturgy are the periods of silence. That is why they are so important in the liturgy. Silence may be prayer or recollection; it may be meditation; it may be anguish and lament; it may be joyful praise and thanksgiving. Among the most powerful images coming from Pope Francis’ visit to Poland for World Youth Day were those in which he sat silently in the death camp at Auschwitz. It is an immersion in an unspeakable mystery, ultimately beyond any words or rubric or ‘clarification’. It shows us how we should participate in the action of the liturgy.