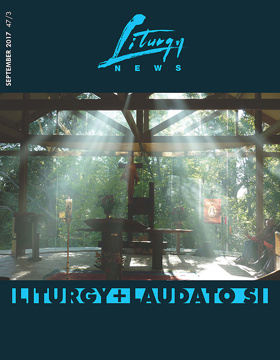 MAGNUM PRINCIPIUM – THE VOICE OF THE CHURCH

Deftly, Pope Francis has sidestepped the ‘liturgical wars’ and sidelined Liturgiam Authenticam by recasting a canon in the Code of Canon Law.  His direct and economical Motu Proprio, Magnum Principium, has rebalanced authority and responsibility for the process of translating liturgical texts.  He has given much greater power to local bishops’ conferences and severely curtailed the possible interventions of the Holy See.

Soon after his election as Bishop of Rome in 2013, Pope Francis set out the priorities of his leadership in his exhortation The Joy of the Gospel (Evangelii Gaudium); he noted the need to promote a healthy decentralisation and collegiality.  In 2015, speaking at the Synod of Bishops on its 50th anniversary, he urged a listening, synodal Church.  He repeats: it is not advisable for the Pope to take the place of local Bishops in the discernment of every issue which arises in their territory.  In this sense, I am conscious of the need to promote a sound ‘decentralisation’ and again he mentions the reform of the papacy.  This is a theme which the pope has subsequently taken up with his Council of Cardinals through 2016 and 2017.

The liturgy is an obvious area for decentralisation since it is celebrated in the vernacular and in the context of particular cultures.  The ‘magnum principium’ established by the Second Vatican Council 55 years ago was that liturgical prayer be accommodated to the comprehension of the people.  This meant preparing and approving vernacular liturgical books, a charge that was entrusted to the bishops.

As time went on, the Congregation for Divine Worship and the Discipline of the Sacraments began to recoup the control of the liturgy which the Council had taken from it.  The Order of Christian Funerals in the late 1980s was the first liturgical book granted the confirmatio of the Holy See subject to a list of amendments.  By the time The Roman Missal was finalised in 2010, the Holy See had made 10,000 changes to the text approved by English-speaking bishops conferences.  In the interim, the Congregation had promulgated Liturgiam Authenticam (2001) which insisted on an absolutely literal translation of the Latin with no additions or paraphrase and in which it took over control of the process.  The Congregation provided new statutes by which it established the translation bodies, it vetted their personnel, and claimed the right to prepare translations itself and to make unilateral modifications – even substantial ones – to the translations approved by bishops conferences.

Now Pope Francis takes us back to the vision of Vatican II, affirming the absolute necessity of a vigilant and creative collaboration full of reciprocal trust between local bishops conferences and the Congregation.  To facilitate such cooperation, he revised Canon 838.  Translations are faithfully prepared and accommodated, approved and published by bishops conferences; the Holy See ‘confirms’ this work.  Adaptations are established and approved by bishops conferences; the Holy See ‘recognises’ this work.  The notes provided with the document carefully distinguish between confirmatio  and recognitio.  Confirmatio is not an alternative intervention in the process of translation but an authoritative act by which the Congregation ratifies the approval of the bishops; it is ordinarily granted based on trust and confidence.   The recognitio given to adaptations, on the other hand, involves review and evaluation.  Thus the Holy See is charged with ensuring that the translated liturgical books – even after adaptations – always illuminate the unity of the Roman Rite.

The pope rules that all other documents be interpreted in light of Magnum Principium.  He orders that the Congregation for Divine Worship and the Discipline of the Sacraments modify its own ‘Regulations’ on the basis of the new discipline (including the Congregation’s Instruction Liturgiam Authenticam).

How much difference will Magnum Principium make to our celebration of the liturgy?  Some have said it will make little difference because the bishops conferences are charged to prepare their liturgical books faithfully, a code word for the provisions of Liturgiam Authenticam.  This is not the case.  Consider what has changed.

Firstly, the vernacular is not to be slavishly Latinate: Vernacular languages… would be able to become liturgical languages, standing out in a not dissimilar way to liturgical Latin, for their elegance of style and the profundity of their concepts with the aim of nourishing the faith.  Translation now favours, not the original Latin, but rather safeguards the character of each language.

Secondly, texts newly-composed in the vernacular as well as adaptations to the liturgical rites and texts are firmly back on the table.  This is seen as part of the bishops’ responsibility.

Thirdly, translations are not word-for-word but rather render the sense of the original text fully and faithfully.  In this, Magnum Principiumis a clear return to the principles of the original charter for liturgical translation, Comme le Prévoit (1969), an instruction prepared collaboratively between the Congregation and bishops of the major language groups.  For example, this paragraph is a direct paraphrase of Comme le Prévoit 6:

The goal of the translation of liturgical texts and of biblical texts for the Liturgy of the Word is to announce the word of salvation to the faithful in obedience to the faith and to express the prayer of the Church to the Lord. For this purpose it is necessary to communicate to a given people using its own language all that the Church intended to communicate to other people through the Latin language. While fidelity cannot always be judged by individual words but must be sought in the context of the whole communicative act and according to its literary genre, nevertheless some particular terms must also be considered in the context of the entire Catholic faith because each translation of texts must be congruent with sound doctrine.

What will happen next?  The document should unblock the stalemate which prevails in Germany, France and Italy where bishops conferences have not been able to find agreement with the Congregation on a new translation of The Roman Missal.  I hope the same will apply to a new Lectionary for Australia which has been blocked for 25 years.  In the English-speaking world, I hope the bishops will put a stop on the new literalist translations still in the pipeline (Baptism, RCIA, Ordination, Dedication of Churches…).  I hope these will be revised before proceeding any further, and I hope for a revision in due course of the translations of the Missal and the rites of Matrimony and Confirmation already published.  It is now up to bishops conferences to see how fully they take up the responsibilities Pope Francis has restored to them.