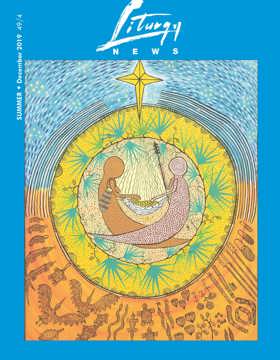 There is a lot of controversy about the date of Australia Day. This is good and right. It is a debate we need to have.

The eleven ships of the First Fleet arrived in Botany Bay between 18 and 20 January 1788 after a voyage of 36 weeks. The site was unsuitable for a settlement and it took several days to discover Port Jackson 12 kilometres to the north. So it was on 26 January that the ships moved to a sheltered anchorage with fresh water which Arthur Phillip named Sydney Cove. The official policy of the British Government was to establish friendly relations with the Aboriginal people and Phillip ordered that they be well treated. The idealist may therefore regard 26 January as ‘First Contact’ day, a day luminous with possibility. But in fact, conflict soon broke out and today many call it ‘Invasion Day’.

Throughout the 19th century, January 26 was celebrated in Sydney as Foundation Day; other states celebrated their own anniversaries of foundation. For the sesquicentenary in 1938, although the main celebrations were held in Sydney, it was becoming a date of national significance. After World War II, the day was agreed by all states, though it did not become a public holiday for all states until 1994! This is recent.

Other dates have been suggested. In 1915, to raise funds for World War I, an Australia Day was held on 30 July. The following year, the committee decided on 28 July. Some have suggested 12 March because this was the day in 1913 when Canberra was named and Australia’s capital city was born. Or perhaps 27 May would be suitable because on this date in 1967 a referendum agreed to include Aboriginal people in the census; it symbolises recognition for all Australians.

I would argue that we are not celebrating the ‘day’. We are celebrating Australia. We are celebrating our identity as a nation. Whatever date we choose for our national day, we cannot wipe away an ignominious colonial history of violence, exploitation and racism. We need to own it. Perhaps 26 January more than any other day, precisely because of its associations, stands as a call to conversion and reconciliation. It keeps before our mind the sorry history of our nation and urges us to work for a better and more harmonious future. This is the tenor of the prayers and readings we use to celebrate Australia in the liturgy.

In the liturgical feast, we are not pretending that we are God’s own country where everything is or has been perfect. Nor, worse still, are we boasting or gloating that we are the greatest. Triumphalist nationalism has been carefully eschewed. Instead we humbly stand before God, acknowledging all our peoples old and new, asking for the light of Christ so that we will see more clearly, and seeking the saving grace to transform our lives. We pray for a blessing on our land and peace for all who dwell here. We pray that our holy communion will give us all the strength to walk together in the ways of justice.

The Preface explicitly acknowledges that for tens of thousands of years, God has been with the people of Australia, sustaining them with the bounty of divine providence. This is a far cry from the colonial missionaries who once sought to suppress Aboriginal practices, stories and beliefs which they considered pagan and idolatrous. Instead we offer our praise of God in union with the whole people of Australia, people from every race and tongue, every place and time. The liturgy in the Missal encourages us to transcend the grubby reality we see so often when we scratch the surface of Australian society.

The readings of Scripture take us in the same direction. Isaiah promises the Spirit who will bring justice and integrity which, in turn, produce peace and security. Paul’s first letter to the Corinthians speaks of the variety of the Spirit’s gifts which lead us to respect differences. Paul’s letter to the Romans urges us not to let our love be a pretence. The Gospel of Matthew offers us the Beatitudes and Luke gives the example of the birds of the air and the flowers of the field to encourage us to trust in God’s providence. These choices have deliberately avoided texts of the land-flowing-with-milk-and-honey kind which might give the impression that Australia is flawlessly blessed with everything good and beautiful.

The date 26 January is certainly confronting. But it provides a strong context in which we pray for Australia and celebrate a vision for a new creation in Christ. It would be a great pity if a different date for our national day produced just an escapist opportunity for superficial partying.

In the end, if 26 January is too painful an anniversary and if we cannot find consensus around a different date, the liturgy may offer us another solution. We have a liturgical tradition of celebrating a ‘vigil’ or of anticipating a solemn feast on the evening before the day. If we were to adopt this custom in celebrating the liturgy of Australia Day on 25 January, we would be symbolically celebrating on the day before ‘invasion’, a day still replete with the possibility of harmony and respect, a day for dreaming that a different history might yet unfold for us.