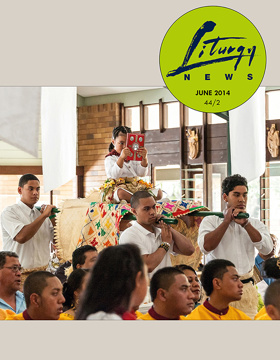 I had occasion some years ago to announce that there would be no weekday Masses during the absence of the parish priest, but that Sunday Masses would remain unchanged.  I was shocked when a number of people asked, Will there be no Saturday evening Mass that weekend?  I asked myself what these people think we are doing in church on Saturday evening if it is not celebrating the Sunday Mass!

I have seen parish signage and parish websites where the Mass times on Sunday are given, followed by the Weekday Mass schedule ending with the Saturday evening ‘Vigil Mass’.  No wonder people are confused.  The schedule should always read: SUNDAY MASS – Saturday 6 pm, Sunday 7 am and 9 am.  Obviously the parish Mass on Saturday evening uses the Sunday readings and prayers, and it is celebrated with music, preaching and intercessions as befits a Sunday Mass.  It is a Sunday Mass.  This is possible because, for a Sunday or Solemnity, the liturgical day begins with first Vespers or Evening Prayer I the night before.

The option of celebrating Sunday Mass on a Saturday evening dates from mid 1964.  It was allowed for certain churches on request from individual bishops to make it easier to fulfil the Sunday obligation in particular circumstances and to make up for a shortage of clergy.  By late 1965, permission was given to all the bishops in Germany to make such determinations for a five year trial (see DOL 3829-3830).  The 1967 Instruction Eucharisticum Mysterium presumes that the practice is quite widespread and specifies that it is the Sunday Mass which is celebrated; it seeks to prevent any lessening of the sense of the Lord’s Day (EM 28).  The provision for Sunday Mass, either on the holy day itself or on the evening of the previous day, is enshrined in the 1983 Code of Canon Law (CCL 1248.1).  The 1998 Apostolic Letter on Sunday, Dies Domini, emphasises that what is celebrated on the evening before is in fact the festive Mass of Sunday (DD 49).

A large part of the confusion comes from calling the Saturday evening Sunday Mass a Vigil Mass.  This is misleading.  In the Roman Missal several solemnities are provided with a ‘Vigil Mass’ (Christmas, Epiphany, Easter, Ascension, Pentecost, Birth of John the Baptist, Peter and Paul, and Mary’s Assumption).  These Vigils pre-date the introduction of the Sunday Mass on Saturday evening and have a different character.  They are a preparatory celebration on the day before a solemnity rather than an actual celebration of the solemnity itself.  This is most easily seen in the Lectionary.

♦  For Christmas, the Vigil Gospel concentrates on the annunciation with just a final line saying Jesus is born.  People who come to celebrate the Christmas feast will be disappointed.  The Masses during the night and at dawn tell the story of the birth of Jesus in the stable and coming of the shepherds from the hillsides.

♦  At Pentecost, the description of the event in the Acts of the Apostles does not figure in the beautiful texts given for the Vigil, but only in the texts for the Mass during the day.

♦  For the Birth of John the Baptist, the Gospel for the Vigil recounts the annunciation of his birth to Zechariah, while the day itself  tells the story of his birth and naming.

No special readings are provided for the Vigils on Epiphany or Ascension, and the distinction is less clear in the readings set down for Sts Peter and Paul and Mary’s Assumption.

The usual Saturday evening Mass is not like this.  It is neither a ‘preparatory Mass’ nor an ‘anticipated Mass’ for Sunday.  It simply is a Sunday Mass.  It is keeping holy the Lord’s Day.  This in turn has affected the way we approach days such as Christmas, Pentecost, Birth of John the Baptist, Peter and Paul, and the Assumption which do have Vigil Masses.  Often enough on these days, we want to celebrate the feast itself just as we are accustomed to celebrate Sunday on Saturday evening.  This is the origin of the decision of the Australian Catholic Bishops Conference dating back to 1995 and recorded in the Ordo: ‘For pastoral reasons, the texts of the Vigil need not be used at an evening Mass to celebrate the Solemnity’.

The issue is important because it is about the special status of Sunday. So let’s abolish Vigil Masses: not Sunday Masses celebrated on Saturday evening, but the unfortunate and confusing custom of calling them ‘Vigils’.  This will help us recognise the unique status of the Lord’s Day and avoid reducing our Sunday Masses to Weekend Masses.

The Lord’s Day:  Those who have received the grace of faith in the Risen Lord cannot fail to grasp the significance of this day of the week with the same deep emotion which led St Jerome to say: ‘Sunday is the day of the Resurrection, it is the day of Christians, it is our day’.

The custom of the ‘weekend’ has become more widespread, a weekly period of respite, spent perhaps far from home and often involving participation in cultural, political or sporting activities which are usually held on free days.  This social and cultural phenomenon is by no means without its positive aspects…

Unfortunately when Sunday loses its fundamental meaning and becomes merely part of a ‘weekend’, it can happen that people stay locked within a horizon so limited that they can no longer see ‘the heavens’.  Hence though ready to celebrate, they are really incapable of doing so.  The disciples of Christ, however, are asked to avoid any confusion between the celebration of Sunday, which should truly be a way of keeping the Lord’s Day holy, and the ‘weekend’ understood as a time of simple rest and relaxation.  This will require a genuine spiritual maturity… (DD 2, 4).