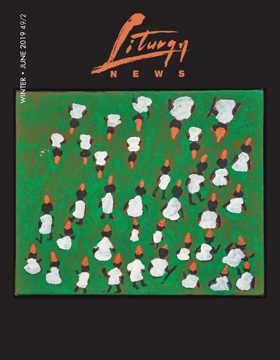 Fifty years have passed and we celebrate a golden jubilee! (Osservatore Romano)

It is fifty years since the Missal, revised after the Second Vatican Council, was promulgated by Pope Paul VI.  Quite quickly, a small but vocal minority made known its opposition.  Paul VI responded clearly and firmly.  In 1976, he lamented the fact that, ‘under the pretext of tradition’, this group was introducing division and disobedience and doing the Church serious harm.  For him it was clear that using the previous Tridentine Missal was not an option.  Use of the new Ordo Missae is in no way left up to the choice of priests or people.  The Instruction of 14 June 1971 provided that celebration of Mass according to the former rite would be permitted, by faculty of the Ordinary, only for aged or sick priests offering the sacrifice without a congregation.  The new Ordo Missae was promulgated in place of the old after careful deliberation and to carry out the directives of Vatican Council II.  For a like reason our predecessor St Pius V, after the Council of Trent, commanded the use of the Roman Missal revised by his authority.

Provisions for using the pre-conciliar Missal in Latin were relaxed under Pope John Paul II and made generally available under Benedict XVI.  It was even said at this time that the old Missal was never actually abrogated.  This is false.  Paul VI’s promulgation of the Missal, while recognising the value of the Pius V Tridentine Missal through four centuries of the Church’s history, decreed that the new Roman Missal should likewise be an ‘instrument of liturgical unity and a witness to purity of worship’.  His decree was, he said, ‘firm and effective now and in the future’ notwithstanding any decrees of his predecessors.

This interpretation is now found within the Congregation for Divine Worship and the Discipline of the Sacraments itself.  Rev Corrado Maggioni, under-secretary of the Congregation, published an important article in Osservatore Romano on 6 April 2019 making exactly these points.  He spoke of Paul VI’s courage and pastoral concern which brought the revision of the Missal to fruition.  The pope was constantly explaining, defending and promoting the liturgical reform expressed in the Missal, and situating it within the actual liturgical reforms of the 1950s, notably the revision of the rites of Holy Week and Easter.  Preparation for the revision had taken place over the previous century with progress in liturgical disciplines and the discovery of ancient liturgical sources.

Today some priests, even newly-ordained, and some communities persuade themselves that using the Tridentine Mass is a matter of personal taste and devotion.  Such an opinion does not recognise how the Missal enshrines the theology of Vatican Council II and crystallises the authentic tradition of the Church as it has evolved in the modern age.

The Missal of Paul VI fulfilled the mandate of Vatican Council II to simplify the rites and omit duplications, to articulate the connections between the various parts and so to facilitate full, conscious, active participation; it sought to enrich the liturgy with elements which have ‘suffered injury through the accidents of history’.  Among the latter are the penitential rite, the homily, the prayer of the faithful, the people’s procession of gifts, and the sign of peace.  Three additional Eucharistic Prayers were added alongside the Roman Canon and additional Prefaces were incorporated.  Paul VI saw in this revision a sign of faithfulness and vitality, and a step forward in the Church’s genuine tradition.

These changes elaborated a process which was already operative before the Council began.  Throughout the 1950s, there were changes relating to evening Masses and the eucharistic fast, the use of the vernacular, and simplifications of the rubrics.  Most important were a document on music and the dialogue Mass in 1958 and a new rubrical code for the Calendar, Breviary and Missal in 1960.  Among the changes in the Mass in 1960 were suppressing the Prayers at the Foot of the Altar and the Last Gospel on certain occasions, omitting the Confiteor before the communion of the people, and forbidding both preaching and the distribution of communion while the Mass continued, as it were, in the background.  Both the homily and communion for the people were encouraged, but they needed to be integrated into the liturgical action in their proper place.

Since the first edition of the Missal of Paul VI, there have been ongoing changes in the second and third editions, mainly the addition of saints to the sanctoral, but also updating the General Instruction and the rubrics.  Now, after fifty years, it may be good to consider the next phase of Missal reform.  Some examples of elements ripe for review might include:

- The Introductory Rites.  At recent events in our cathedral, the sung Introductory Rites have taken half an hour.  This is out of proportion.  The 1998 ICEL Sacramentary, which all the bishops conferences approved, opted for a single Opening Rite (sprinkling water or penitential rite or litany of praise or Kyrie or Gloria or other rite according to the occasion) to be followed by the Collect.

- Historical Remnants.  Some historical ritual elements were retained in the 1969 revision by way of compromise.  Perhaps the time is now right for them to be omitted: mixing water with the wine (OM 24), symbolic washing of hands (OM 28), the commingling (OM 129).

- Priest’s Private Prayers.  Once these private prayers were frequent; a few have been retained in the Order of Mass: aspirations before and after the Gospel, at the preparation of the gifts, and before and after communion.  Inclusion of these texts in the Missal gives the impression that it is the priest who celebrates the Mass rather than the whole Body of Christ made up of all the baptised.

- Revision of Rubrics.  In some places rubrics presume an earlier practice; they could be revised to enshrine best practice.  For example, rubrics could presume that bread is broken for all the people and that all share in the communion cup.

- Addition of New Texts.  The composition of new texts needs attention.  Projects over recent decades to compose new Eucharistic Prayers have been shelved.  So also have attempts to broaden the Masses and Prayers for Various Needs and Occasions to include more contemporary situations (unemployment and homelessness, education and social service, industry and technology, respect for creation, persecution and abuse, prejudice or addiction).

The Missal should continue to evolve.  As John Henry Newman said, To live is to change, and to change often is to become more perfect.